Laughter Studies 7
three performers, ensemble, surtitles, stereo sound
18 minutes
Laughter Studies 7 uses listening, verbal description, music and text to explore the sonic environment of concert halls. It is made up of two main layers: three vocalising performers, and a four-piece band (made up of trombone, electric guitar, keyboard, and vibraphone, all doubling on percussion). Surtitled text and stereo sound embellish the vocalists' material. The relationship between these layers is constantly under negotiation throughout the piece. At the start, there is no clear connection between them; the sounds described by the vocalists are extremely diverse, and the band plays ambling material, which functions as a kind of backdrop. Gradually, the vocalists start hearing and describing a parallel audience in a parallel concert hall, until, at the end, their attention turns to the band itself, and eventually to all the other incidental sounds occurring in the room (like a kind of 4'33" with live commentary).

This piece was written for Nadar Ensemble, and developed as part of the Nadar Summer School for composers and sound artists 2017. It was then revised into a new version for the Darmstädter Internationale Ferienkürse für Neue Musik 2018. 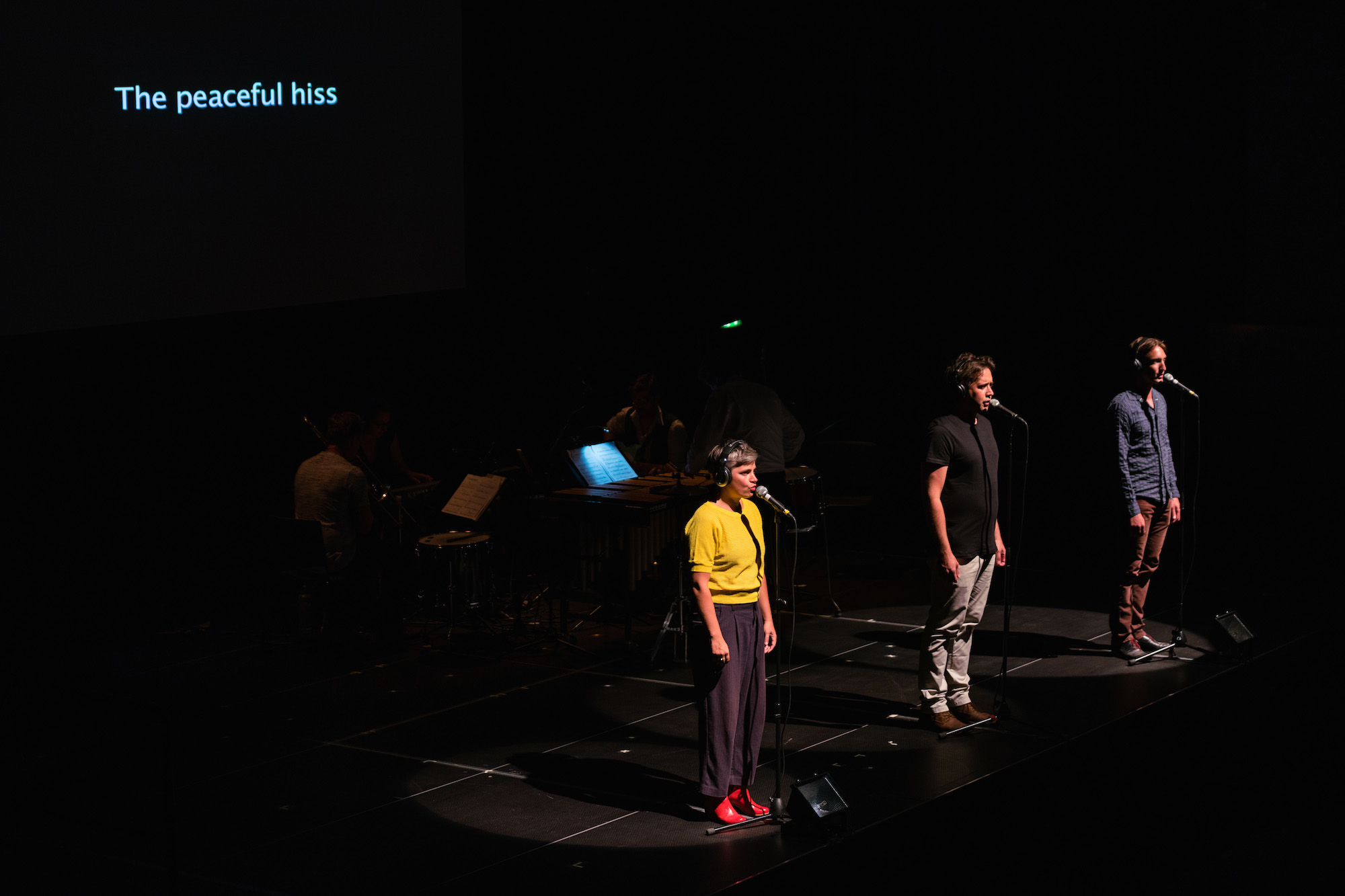 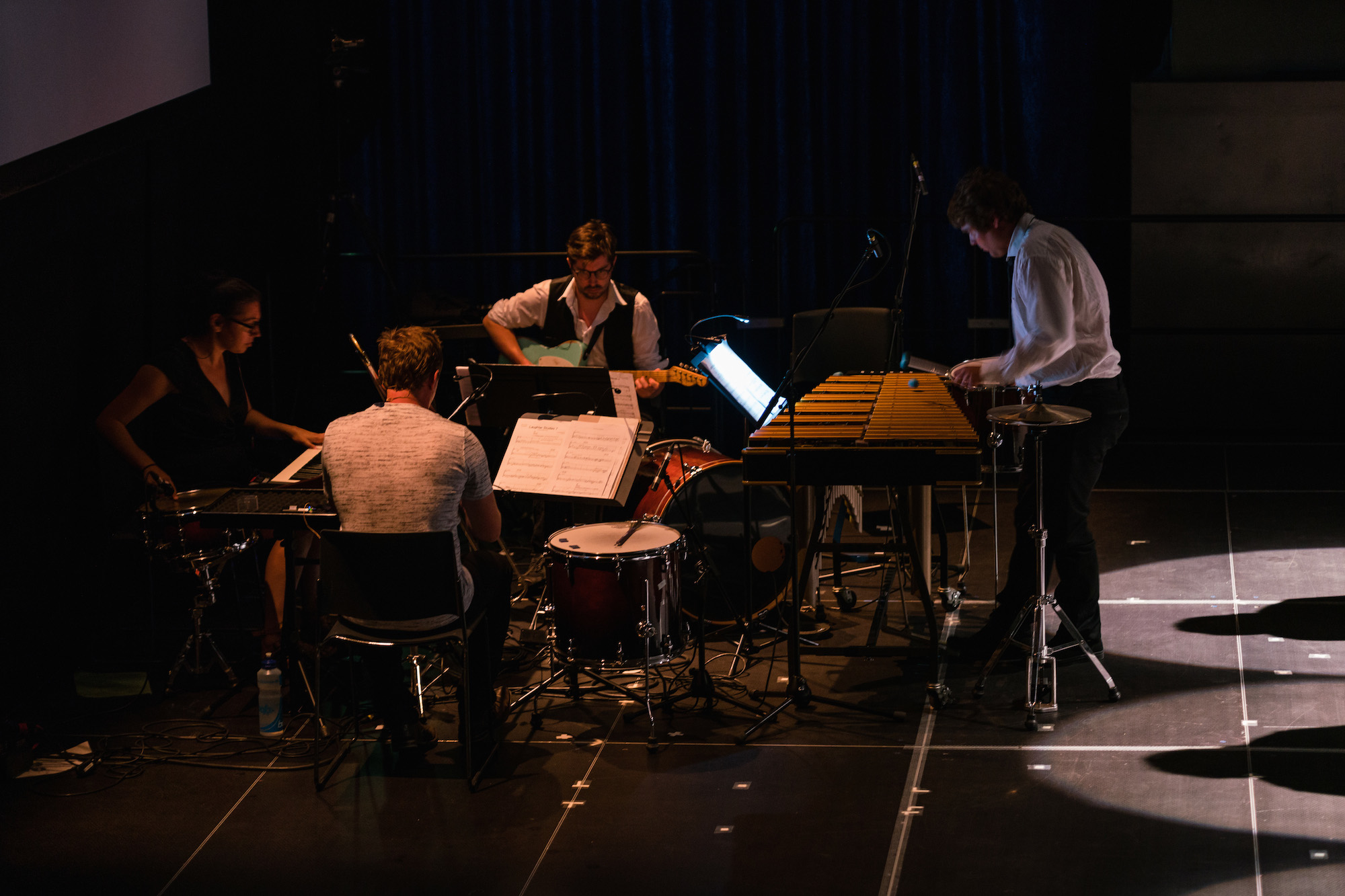 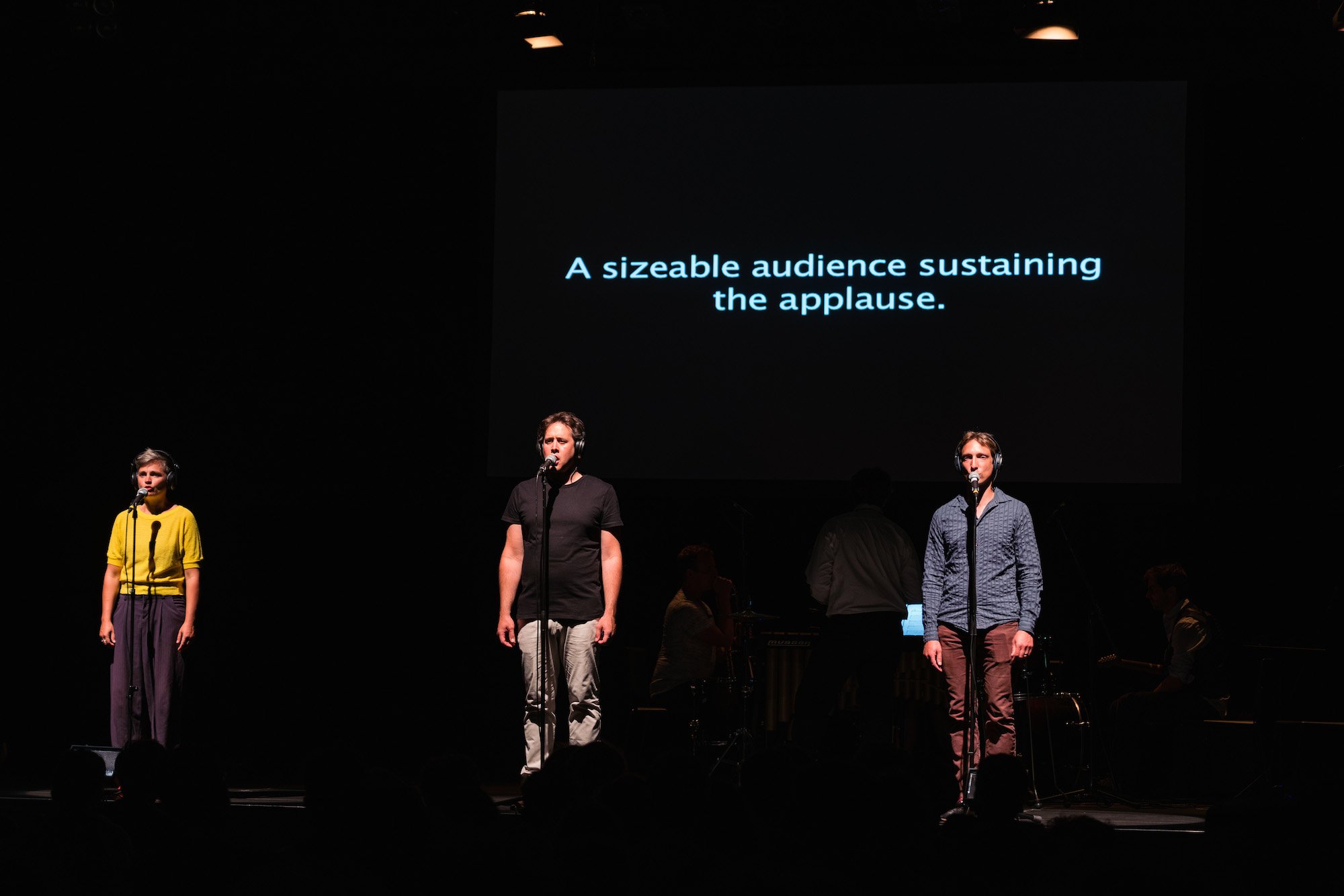 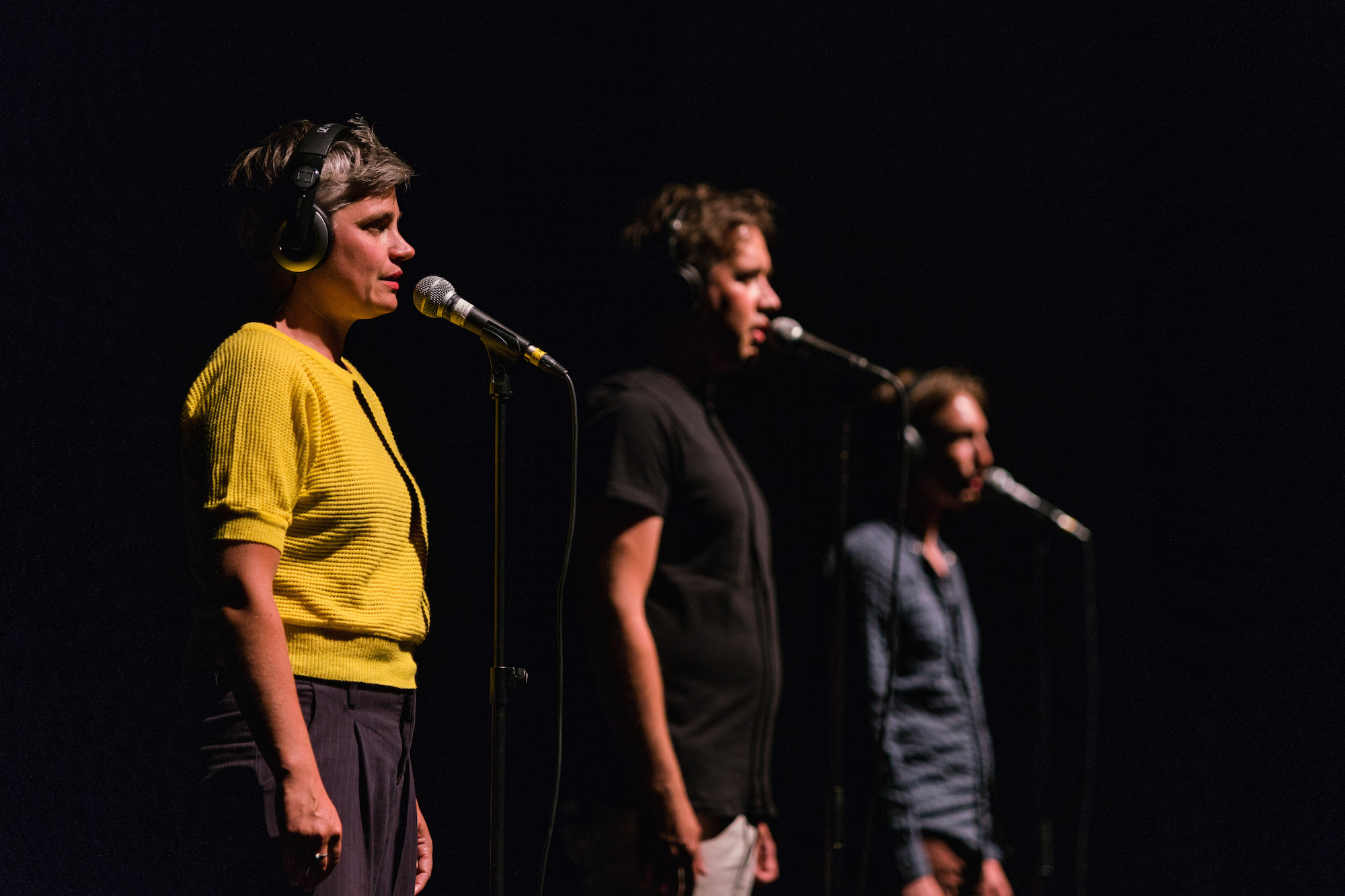 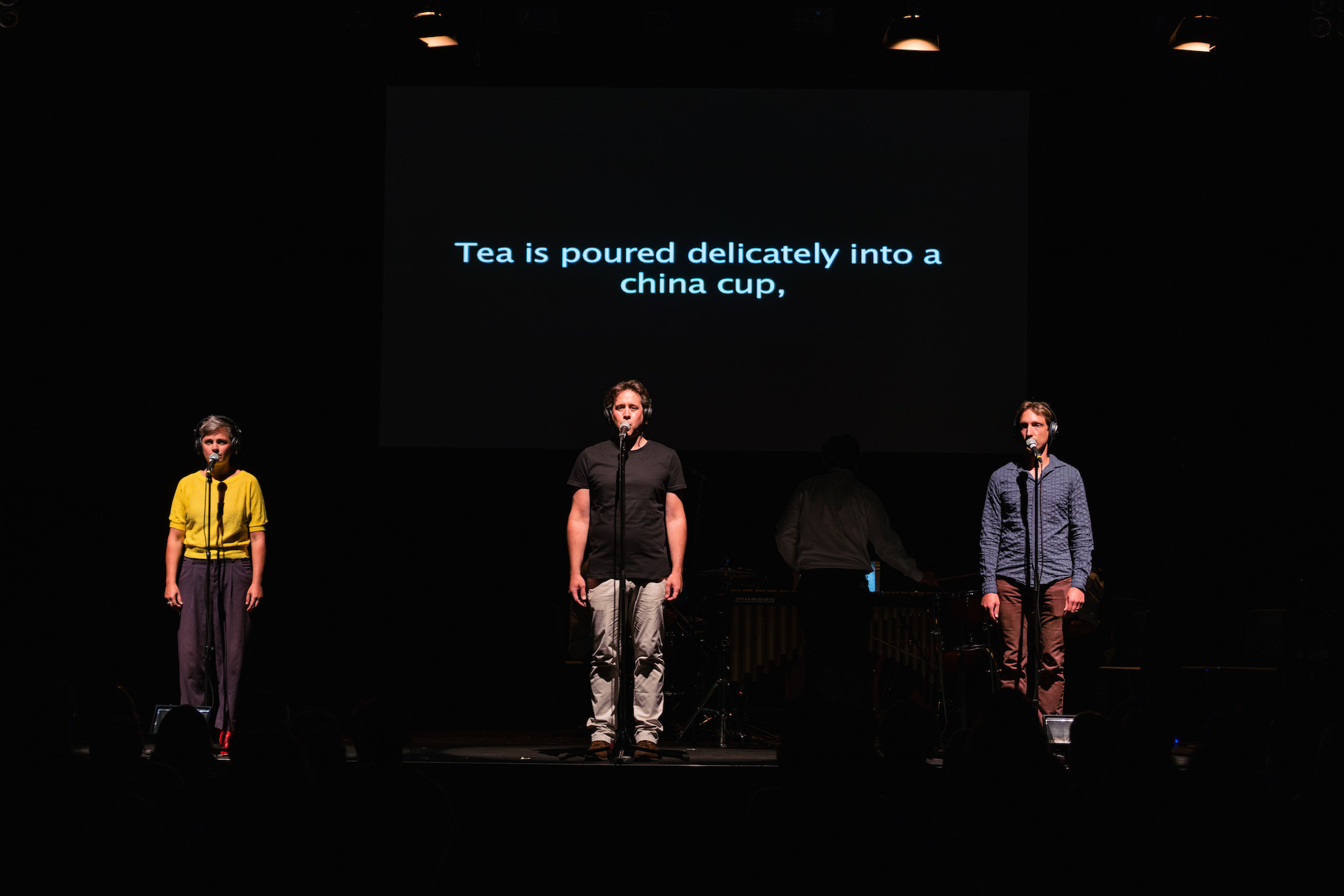